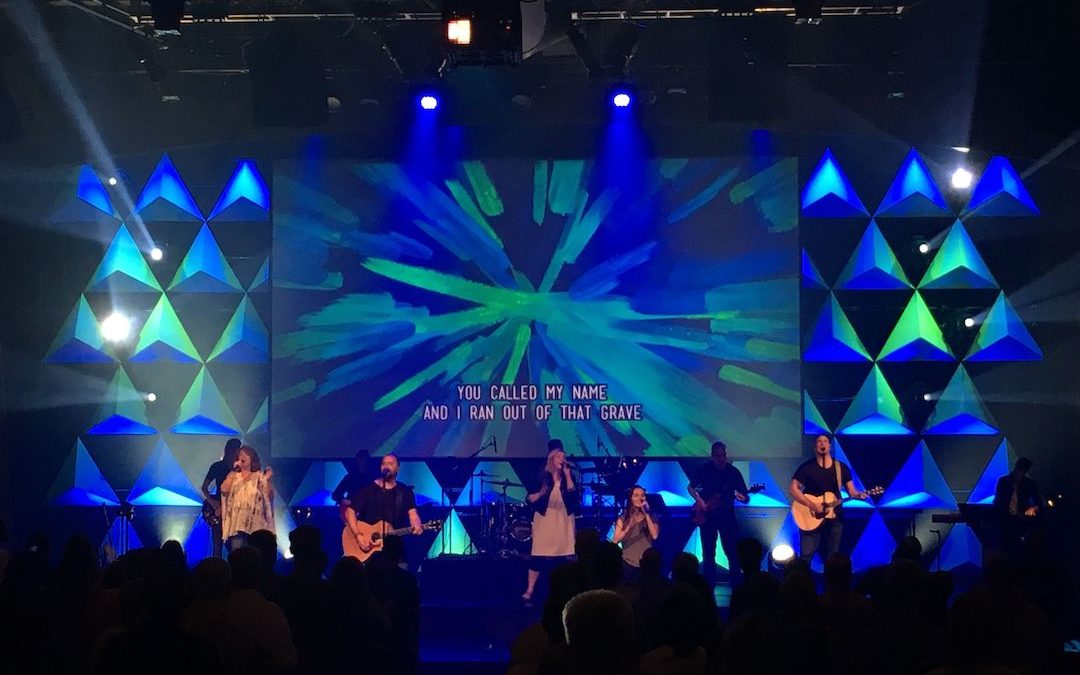 Welcome to the Mod Scenes podcast. I’m super thrilled to come to you live from the mod scenes at sea and Siri, uh, uh, our shop

Where we create our awesome designs. So right

Now I’m actually preparing a new design on our CNC, as you can probably hear

It’s crazy loud. So I figured it, this

Would be a great time to tell you a little bit about, um, what we do, uh, and about how we, um, use our expertise to create really cool things. So, uh, most of our products are cut on a CNC router, uh, well, on a version of a CNC router, we have a couple of them, um, uh, but one of the things that I’m doing right now as I’m setting up a piece for, uh, for today, so, uh, we have a vacuum table router. So what that means is that we have a very large vacuum and industrial vacuum. This industrial vacuum, uh, will go through and suck down the material flat to the surface. Um, on that surface, it will, uh, it’ll pull it down really nice and tight. And that way, when we cut, we can get a really, really high precision. So typically within a, uh, within a hundredth of an inch. Call today for your stage backdrops.

Uh, so yeah, um, this accuracy is awesome. If you’re trying to create something really, uh, really unique or really, uh, detailed, it helps you to, to really have a lot of control of what you’re creating. Uh, and with us, we create really, really, uh, pristine products that are able to bolt together. Uh, they’re always the same every single time because we have this, um, technology that holds up material down. It makes it, um, it makes it super precise. So it’s great for using them safe design because, you know, if you’re making, you know, home decor, if you’re a 16th of an inch off here, or there, it’s no big deal, however, a stage design stage backdrops,, if you’re a 16th of an inch off that compounds, so a 16th of an inch, and then you’re doing over 20 feet, you’re looking at three or four inches off, uh, or even just a solid inch off.

Um, it’s going to be a huge issue. So, um, and actually you’ll be able to hear in just a moment as we start up this, uh, file. Um, so we’re cutting a heavy duty, uh, material on this one. So you’ll hear it. It’s a little bit of a high pitch kind of we’re um, uh, as it cuts, it’s, uh, it gets kind of loud, but it’s, uh, it’s setting its depth now. So we, uh, as I mentioned, we also have with that, uh, with that, uh, connector with those conductors that we’re cutting. Um, uh, sorry, we always check, we always check and make sure that the first cuts, correct. It’s once the first credits, correct. It’ll, uh, it’ll follow the prescribed method that we’ve designed. So, uh, my apologies for being, uh, kind of, uh, distracted for a moment. Uh, so currently it’s cutting this, this file. Um, let’s talk a little bit more about CFC technology, because the more you know about that and the more it’ll, uh, help you to be able to see how useful it is in

Stage design and particularly in creating a stage backdrops.

So, um, we, as I said, we use a CNC bed with a vacuum, so the vacuum pulls down, um, pulls down our material. Um, that vacuum, uh, is a very high power vacuum. Uh, so we have, uh, so it’s, uh, you know, they’re measuring horsepower, so like, uh, uh, uh, let’s see. So like a, a shot, that’s going to be like, like a really nice one is probably going to be like half horsepower, like 0.2, five horsepower. Um, our vacuum runs on, uh, two, uh, 240 volts. So it’s, you know, it takes industrial electricity, electricity, I think it’s a 40 inch vacuum. Uh, and it has, I can’t remember remember the suction rate, but it’s ridiculous. Um, uh, and I believe it’s a 500 horsepower so that it’ll pull material down. And once it’s on the bed, it is nearly impossible to pull off unless, uh, unless you turn the vacuum off.

So, um, with that, um, that vacuum holds material in place. It holds it onto what we call a spoil board. So a spoil board is a, um, it’s a membrane that we can cut into. So, uh, you have your normal bed. So that’s where your spoil board will sit on top of your spoil board will be your material that you’re cutting. So if you cut into your, you know, your normal bed, it’s really expensive to get it fixed. Um, so obviously we’ll want to try not to do that. So that’s why we have the spoil board on top. It allows us to cut into, um, cut into that spoil board. We can destroy the spoil board and it’s no big deal. Um, and we make little, little hundredth of an inch cuts in. Um, and what that also does is as we cut past the material, instead of just cutting to the exact height of the material, it gives us a much cleaner cut.

So we’ll cut past the material and give us a cleaner cut. Uh, so you have a better product when we send it to you. Um, let’s see, what else. Um, so with this, we also, whenever you’re cutting something like this, you have lots of debris. So as you cut, there’s more and more debris. So when we’re making these stages backdrops, um, it’s creating lots and lots of debris as it goes. So obviously that debris, if it sits on top of the material, as you’re moving your cutting head around, can scratch the top, uh, scratch or get embedded in the top of the material, depending on how much pressure is on it from the cutting head or, um, the particular material. A lot of our materials, it’s not as a big of an issue with, but a lighter material foam, stuff like that. It can be quite an issue. So what we do is we actually have a, another vacuum, uh, another high power vacuum that will suck all the debris out of the way. So once the, uh, as a prosecuting cut, all this debris gets moved away. That way, it doesn’t it, uh,

Again, you have a clean, nice looking panel.

It doesn’t have any dust or debris worked onto it. Um, and then obviously at the end, we do a final check where we go through, clean it off, make sure it’s a hundred percent clean, ready to ship, and it looks pristine. So, uh, I hope that gives you a little bit of insight into how we create some of our stage backdrops pieces here at mod scenes. Um, obviously we also have, uh, other CNCS that we use to cut our fire rated core class. That’s such a killer for our heavier duty materials. Um, so I hope they’ve been helpful. I hope it’s been a little bit insightful into how a CNC works. Um, so

Yeah, I’d love to chat with you about your next stage design and how I can

Serve you with that. Um, me and my team are really, really thrilled to be able to help people and, uh, we’d love to help you. So, uh, shoot us an email, give us a call. All of our info is at Matson’s dot com. Um, and we would love to help you with your next stage design, uh, or next of it design, uh, in while you’re there, check out our DMX voice. Uh, they’re a really cool, uh, fixture that would, uh, really cool lighting pictures that bring a great atmosphere. So, uh, I’m really looking forward to chatting with you, uh, again, reach out, uh, don’t be a stranger we’re looking forward to chatting with you. Thanks. Okay. I faked you out

And you thought I was done. I’m not actually done. I realized in my, um, in my haste that I had not communicated what a CNC is. So, um, what we refer to a CNC is a cool numerical cutter. Uh, that’s not actually the real name, obviously. Um, but it does communicate what, what happens with it. So a, um, a CNC is a numerical cutter. It will go through and based on information we put into a computer program, we’ll cut, uh, use a, uh, Cartesian and Cartesian is the right word, uh, Cartesian, um, numbered, uh, destination. So think GPS for the Mod Scenes, uh, um, it’ll use those, um, those, uh, uh, those dimensions, those, um, how you say it, uh, those dimension and it’s not the dimension is the right word, but, uh,

Uh, to cut our stage backdrops. So we’ll give it coordinates by drawing it into the program. It’ll turn that into a code. There’s a couple of different kinds. There’s G code there’s, um, there’s M code there’s every different CNC uses a different way. There are serial, there’s all kinds of different, uh, ways to cut, but realistically, um, that’s not super important. What’s super important is that you make sure that you’re sending it the right code. So you send in the CNC the correct code when you send it the correct code it’ll go through and it’ll hit those, uh, as long as your CNCS off cap, well, it’ll hit those numerical values over and over again. So you can repeatably cut things with high precision, as I said, up to a hundredth of an inch. Um, so yeah,

So I hope, uh, I hope that gives you a little bit more insight on what

CNC actually is. Um, and as I mentioned, we use a CNC router, so that means there’s a spinning blade. It spends, uh, uh, a lot of times around 18,000 RPMs depending on the material, but, um, a lot of times we’ll have HARs running in the 18,000 RPMs range. Um, so it’ll spend super quick, uh, and it’ll cut material and I’ll throw material away to throw out the debris as it cuts. So, um,

Again, I hope this is helpful. I’ll let me know if you have any

Questions about CNCS, about, um, creating stage backdrops. Uh, don’t hesitate to reach out to us. Um, always thrilled to answer questions. It’s actually one of my favorite things to do. I love teaching and love, uh, helping others learn. So don’t hesitate to reach out. Um, you can reach us by phone (530) 723-6421. Uh, you can also reach us online at our website, which is modscenescom. Um, or if you must, you consider carrier pigeon, I’ll be sure to send them back. Uh, he will be very well packed in a box though, because I don’t know how to tell Carrie pigeon where to go.

Um, anyhow, thank you again for turning into the Mod Scenes podcast. I’m really thrilled to help you with your next stage design. Don’t hesitate to reach out to us.