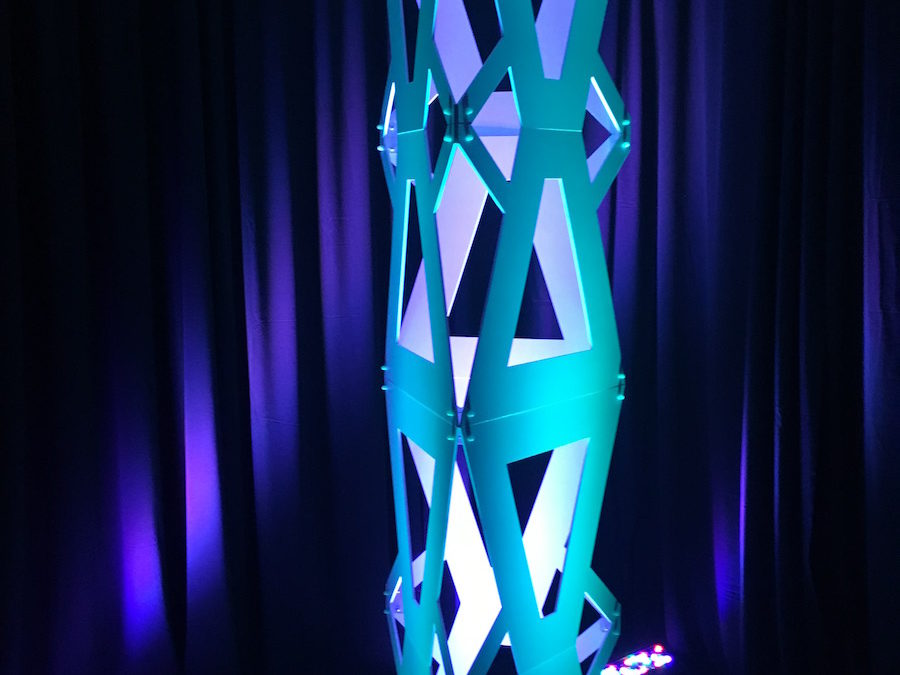 Welcome to the Mod Scenes podcast, a podcast where we talk about the best stage backdrops.

In the world. So I’m your host, I’m Steven Hall. Um, and it’s relatively early in the morning

And, uh, you know, you saw us and you’ve got teenagers or unexperienced people working with saws and power tools, which is obviously not a bad thing. Uh, but it definitely is a lot more challenging than something that can be put together and easily. So at Martinez, we tried to, we tried to solve that issue and honestly, we tried to solve it for our church. Um, cause we needed a new stage backdrop and we didn’t wanna, we didn’t have the manpower or the time to be able to go to home Depot and create something and spend three to four days on building a really cool set. Um, so we, we ha we created the first scene set and, um, after we had done that, we realized, oh man, we really need to do this to help other churches. So, um, since then we continued to continue to grow and we’ve served lots of different churches. We’ve served, uh, some of the largest churches in the country, life, church, uh, church of the Highlands, uh, Willow Creek church. Um,

Pretty much if you can, like I’ll pretty much,

No, maybe not all the churches in the world, but we’ve, we’ve turned a lot of churches. Um, and we have a lot of, uh, a lot of really good reviews. If you happen to look at our, uh, Google listing, if you’ll search mod seems Norman, Oklahoma, you’ll see our, our Google reviews. We have over 130 of them, uh, mostly five star, uh, our co our closest competitor who doesn’t sell their product. They only rent it. Uh, I believe they have 13 and they’re like a three and a half star. So just to give you an idea, we’re really diligent really, um, really intentional about serving our clients really, really well. Um, so, uh, I think, I think in my opinion, um, and obviously, uh, some people may say a biased opinion, but I don’t believe so. Uh, we have the best stage backdrops in the world.

Um, partially because we have a really, uh, really great material, it’s it? You can get really, really detailed cuts into it. It’s fire rated, um, and it’s, it’s really affordable and it’s available for purchase, which, uh, there, there aren’t any other, a modular backdrop products like ours on the market for purchase. Um, so, and, uh, and more than that, more than the actual attributes of the product, the service you receive with Monsignor is stellar. Uh, you know, me and my team really love helping people. That is, that is one of our things, whenever we’re, as we’re bringing new people onto the team, uh, it’s a, it is a rock solid, a requirement that you love serving people. And if you don’t, you’re not part of our team, not in a bad way, just, we want to be able to help you as best as we can every time.

Uh, so we make, we’re very intentional about how we do things, uh, to make sure that the process is easy as possible for you. Um, yeah. So with that, um, you know, obviously as I mentioned, I think we have the best stage backdrop box. The other thing is our process. So, uh, you know, we’re going to make it as easy as possible on you, but we also make it, so it’s very quick. So if you need a Sage backdrop last minute, we can many times make it happen with an hours. Uh, we had a client last week who needed a stage backdrop. Then the following morning, they called it five o’clock on a Wednesday. And they had a stage backdrop in their possession by midnight, that Wednesday. So, uh, across the country. So, uh, we’re in Oklahoma city, they were Nashville. So by midnight they had a, a stage set in Nashville.

So, uh, pretty, hopefully that’s okay. Pretty good illustration of how we try to serve our clients with stage backdrops and, um, with our process. So, uh, I would love to serve you and your team with your state backdrops and show you why, uh, we’re the highest rated church, states’ backdrop design company in the country, uh, why large companies, um, including Chick-Filet have trusted us to serve them, uh, with their products and with their, um, with their product launches for, you know, for their companies. Um, I’d love to show you why these companies trust us and why we continually serve them and serve them well. Um, please reach out to us today and I’d love to chat through. We could, I’d be happy to set up a try before you buy. This was a really cool thing that nobody else in the, in the stage design, uh, industry does, it’s where we literally send you a PR like a brand new set. You get to try it for free, try it for two weeks, if you like it. Great. If not send it back to us, no harm, no foul. Um, and so you can see again that we are the best stage backdrop company in the world. Um, again,

My name is Steven and I would love to help you shoot me an email.

Email it’s Steven and modscenes.com, or you can call our phone number at (530) 723-6421. And I invite you to check out our other podcasts at [inaudible] dot com, where you can see, um, you can see our other articles talking about how we, uh, how we serve the church, how we, uh, serve the life of vintage street, how we create beautiful stage backdrops, uh, how we serve people with our GMX poised fixtures, uh, and how we customize and create, uh, the best stage backdrops in the world.

So thank you again for allowing us to serve you. And we look forward to hearing from you soon.